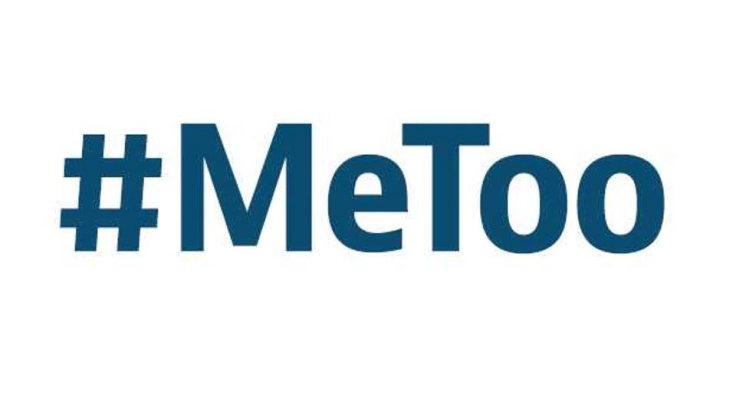 Strangers on the street, boyfriends, acquaintances at parties, “friendly” uncles, neighbours- the reality that our bodies belong to everyone but ourselves is one that women realize rather early into their lives.

The first time I got an inkling of this was when I was about 10. Walking into my housing complex after school became a nightmare, thanks to a guard who insisted on grinning at me in a way that made my skin crawl and following me to my building.

I was 14 when a stranger walked into a space that I considered home and groped me- it was then I knew that as a woman, there is no such thing as a “safe space”.

I was 16 when a stranger groped me outside school, and smiled at me while he walked away and I stood there stunned.

At 21, I left home for the first time. At one of my initial internships, I was warned of certain men in the office. “Don’t get too friendly”, I was told. When I asked why these men still worked here, I was told they were “too senior” and “well respected”.

At 21, I knew that a man I thought I was in love with, who I had trusted could call me a whore for putting on makeup, for having the audacity to make friends, for simply having an opinion. “When did you become such a f****** b***?” he screamed in public, when I asked him why he was an hour and a half late for a lunch date.

At 24, I knew that men didn’t think your “no” really meant “no”, because you’re a cool girl who isn’t looking for anything serious, right? But hey, they’re in good company, since  our judiciary too thinks a “feeble no” may mean “yes”.

An Ode to The Love(s) and Losses of My Life

A few nights ago, I was counselling a friend of mine who was grieving the end of a 2 year relationship. My advice to her was to put herself out there. Embrace singlehood, get on Tinder and meet some good looking (?) men.

Her expression told me she didn’t take me seriously, but she then remarked: “I love how you’re still so positive about love in spite of your past experiences with men”.

“Past experiences with men”: 7 years of dating, the good, the bad, and the ugly, summed up in a neat phrase that sounded so very mature.

My love life has been a source of endless amusement (and sometimes concern) to my friends, my family, my parents’ friends, relatives and pretty much anyone else you can think of.

7 years is quite a while, and it’s been marked by my choices in men that I can only politely describe as…diverse.

I was a fairly awkward teenager (and I’ve carried that social anxiety with me through to my twenties), and my interactions with men were limited. Suffice to say, I wasn’t the epitome of grace and poise those days, waiting outside school so that I’d catch a glimpse of that guy I had a massive (still an understatement) crush on, only to stutter and make an ass of myself in front of him. Young love…sigh.

My first relationship (if you can call it that) was with perhaps one of the nicest guys I’ve ever known. He was a drummer in a well known band, smelled amazing (!) and was lovely to me. I guess my 17 year old self didn’t know how to cope with the affection and I eventually had to admit to myself that unfortunately good cologne couldn’t be the basis of a strong relationship.

Soon enough, I met the (first) love of my life- again, such a good guy, The Bengali Intellectual, and I, the Rajma Eating Punjabi. We had a good run, only to figure out that no matter how much you tried, Rabindra Sangeet and Daler Mehndi would just not go together (I feel like I need to apologize for the metaphor, but you get the drift…).

Little did I know that my next heartbreak was just around the corner- the (second) love of my life, a man of few words (and I mean, REALLY few) with a fascination for guns and cars (yup, I told you it’s pretty diverse). I absolutely adored him, and perhaps my adoration spiralled into obsession and the few words he said to me quickly turned into zero.

That one took me a while, and some questionable decisions to move on from: the stoner with delusions of grandeur, the so-called ‘relationship ‘with a guy who had shockingly dismal knowledge of American Presidents (Kennedy? Who’s that?)… It’s an eclectic list.

A college internship led to the start of my longest relationship- I was (still) young and impressionable, he was older, smarter and charming. For the first time I felt like a real “grown up”, I felt like this could be it- but of course, it wasn’t. It was the first time I realized I couldn’t be with someone whose politics differed so vastly from mine. That ended rather badly but I remain thankful to him for some valuable life lessons (and for numerous plates of momos that were consumed in the many, many evenings I spent in his house)

A close friend then tried to set me up with The Doctor: my first blind date and for a change, I felt confident. My palms weren’t cold and sweaty and I walked into the restaurant and knew I’d have a great time. Several cocktails later, I knew I’d see him again, and I did. However, that fizzled out due to my own stupidity, because why be with a perfectly nice guy who you have a good time with, when you can pine over men who treat you like shit?

And then I moved to a new city: I was struck by the severe lack of men on campus and beyond, and decided to download Tinder (as detailed in an earlier post). I met someone, went on a few fun dates, (Netflixed and chilled?), but that met with a rather unfortunate and quick end.

The past year has been peppered with rather brief and disappointing encounters (except one or two :D) , yet I remain, like my friend said, positive.

If there’s anything I’ve gathered from my myriad experiences, it’s that every relationship has something to teach you. Honestly, there are a range of lessons to be learnt: from don’t date a guy when you can’t tell the difference between when he’s sober and when he’s high, to never date a man who belittles your achievements and makes you feel like you aren’t enough.

So yes, I continue to look forward to meeting new people, forming relationships (no matter how short lived), because I love the feeling of liking somebody, of being with someone. But I also now know that I am enough. There’s no such thing as a “better half”. We are all enough, by ourselves, just as we are.

You Are Not A “Male” Feminist. You Are A Feminist.

“Men who want to be feminists need not be given a space in feminism. They need to take the space they have in society and make it feminist”.

For some reason, this year began with a number of my male friends accusing my writing of being “alienating” and “scary”. I was told (by a man), that I’ve got feminism all wrong, and apparently, male bashing is a hobby of mine. I found myself holding back on my immediate expletive-laced response, instead convincing them that feminism is for everyone. That I don’t hate men. That of course, not all men are misogynists.

It did get me thinking about this post. I realized that yes, my writing is confrontational. It is angry. It is hostile. I also realized that I really don’t care.

I was told that I need to “be nicer”-so that feminist men– men who respect women (“I would never hit a woman!”), who believe in equality, can be given a real space within feminism. Obviously, my tone needs to be more amiable, so that men can be convinced that feminism isn’t just “reverse sexism”, and can be sure that they have “nothing to be scared of” (I am seriously not making this up).

So I just want to tell the men reading this (if any), that if you find an article on the internet scary/ intimidating- you wouldn’t survive a second as a woman in India-where your mere existence puts you in a state of danger. Where someone can walk into your home and molest you. Where you take it for granted that you will be leched at, or worse, every time you step out of your house. Where you always have one hand in your pocket holding on to your pepper spray on your way home from work. Where you can get raped and murdered on the way back from a movie. Where you can be killed, just for being female, even before you are born.

Yes I am livid, because you and I inhabit two very different worlds- one where I am asked why I am “so easy” and advised to “play hard to get”, while you are slapped on the back for being such a “stud”. I live in a world where my friends come back from a walk at 7 pm, telling me how they were stopped by a policeman and asked why they were walking outside at “such an hour”. I live in a world where I am called a bitch for voicing an opinion and you are lauded for your outspokenness.

It is therefore not my job to make space for you, and it is not my job to make you feel welcome. You are not a male feminist, you are a feminist, plain and simple, and it is your job to empathise ( and never start a sentence with “not all men….”), and understand that you lead a highly privileged existence as a straight, cis gendered upper caste man-and you do play a part in the systems of oppression you are challenging. This is what feminism needs from men.

So it’s great that you are “not like other men”. It’s great that you respect women and believe in equality- but that shouldn’t be something special. It should be the norm- so no; you don’t get a cookie for being a decent human being.